SitaWare does the job for you. Automatically. Always. Everywhere.

Integrating mounted and dismounted units into your blue Force tracking has always proved a severe challenge with a tremendous work load. And the same goes for keeping the integration up to date with nodes entering and leaving the setup.  However, all that has changed with the SitaWare suite of C2 products.

SitaWare Tactical Communication is integrated into all of the products that make up the SitaWare Command and Control suite of software. It automatically makes blue force tracks available from commanders at the tactical edge all the way up to formation headquarters. The blue force tracking picture in SitaWare includes both mounted and dismounted personnel with near real-time refresh rates at squad and platoon level and up to the minute refresh rates at higher headquarters.

SitaWare can automatically distribute the position information from the GPS to all other units in the network, giving everyone a real time friendly force tracking picture. The blue force track of each user in the network is identified by their unique call sign assigned by the communications branch. Get in touch with our experts and let us help you set up seamless tracking of your own forces. 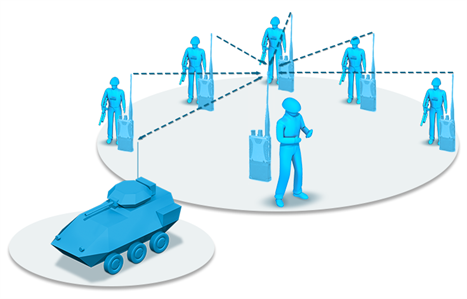 Many modern tactical radios have a built-in GPS and the ability to distribute their positions in the local radio subnet. SitaWare can read these positions (for example from the squad commander’s personal role radio) and distribute them to other units via the higher formation networks. This allows for blue force tracking down to the individual soldier.

Contact Systematic to learn if SitaWare runs on your tactical radios. We're sure it does! 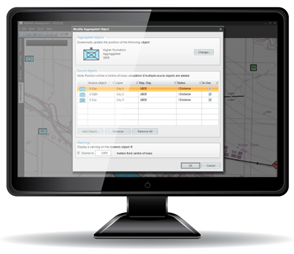 As blue  force tracking information is passed up the command chain, the area of interest naturally widens. SitaWare can aggregate individual tracks into formations using centre of mass of the set of tracks as the formation location allowing the picture to be automatically decluttered.