What is APP-11 (NATO Message Catalogue) and ADatP-3 (Allied Data Publication 3)? And what is the difference between the two?

The messages are built on the underlying technical standard ADatP-3 which specifies the rules that govern the construction of the messages.

The latest version of the APP-11catalogue consists of over 400 messages covering every aspect of NATO operations that can be exchanged using the latest XML technology while remaining backwardly compatible with legacy communication protocols such as ACP-127. 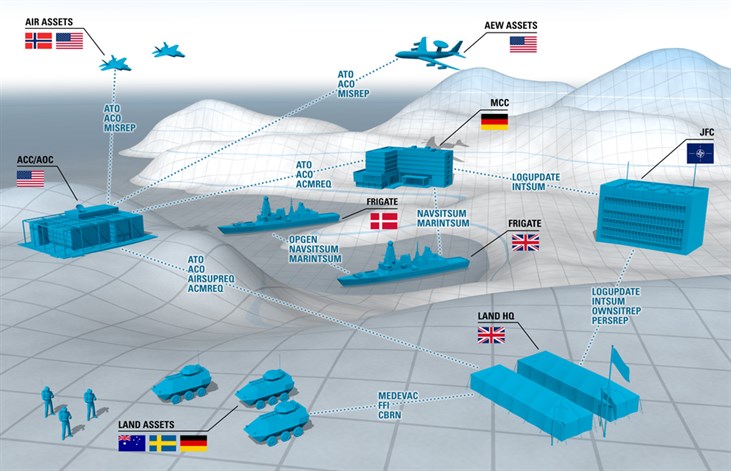 What is a MTF message (Message Text Format)?

The header relates to the transport protocol being used. This will include such information as the originator, recipient, classification and routing information.

The body of the military message contains the actual information to be communicated and it is this part of the message that can contain an MTF message from APP-11 (e.g. an INTSUM). The MTF messages themselves are protocol agnostic and can be transported in many suitable ways; STANAG-4406, ACP-127, e-mail, chat and even web services. 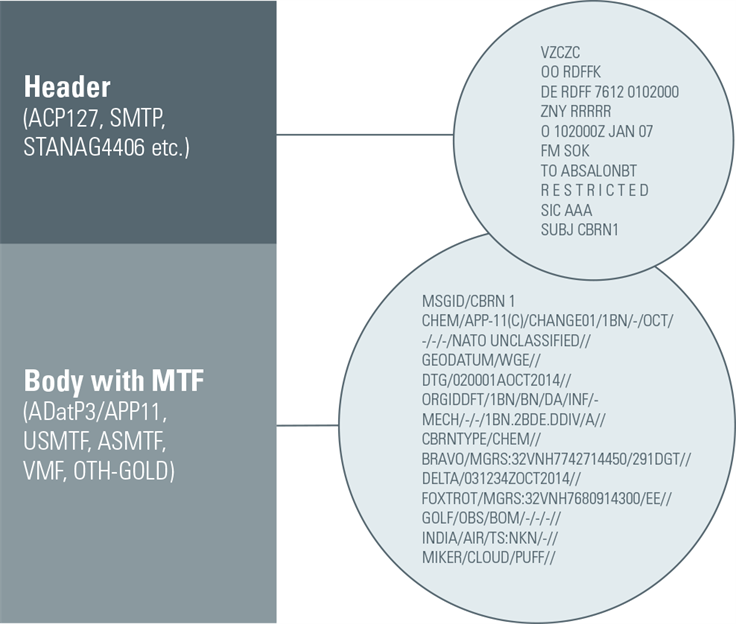 Since 2008, the ADatP-3 MTFs can either be represented as slash delimited textual messages (the original format) or as XML documents. A one to one mapping between the representations ensures that the bandwidth advantages of the slash-delimited messages remains whilst at the same time having the flexibility of XML.

MTF (Message Text Format) follows a logical and unambiguous structure based on current Tactics Technique and Procedures (TTP), this helps users ensure that all the necessary information is included in a message in a format the recipient can understand or process into a C2 system.

The actual content of a MTF (Message Text Format) consists solely of the values/text of the fields rather than any field headings or formatting, which makes them very bandwidth efficient. Recognised military abbreviated codes (e.g. FF means Frigate) are also used; this further increases their bandwidth efficiency, allowing effective transmission even in the most challenging environments with communications such as tactical radios, HF and VHF.

The APP-11 NATO Message Catalogue is the sum of over 30 years condensed experience of operational needs for exchanging information. Messages are constantly maintained by NATO working groups to keep pace with the latest tactics and doctrine.

Why use MTF messages?

Overview of the APP-11 Message Catalogue 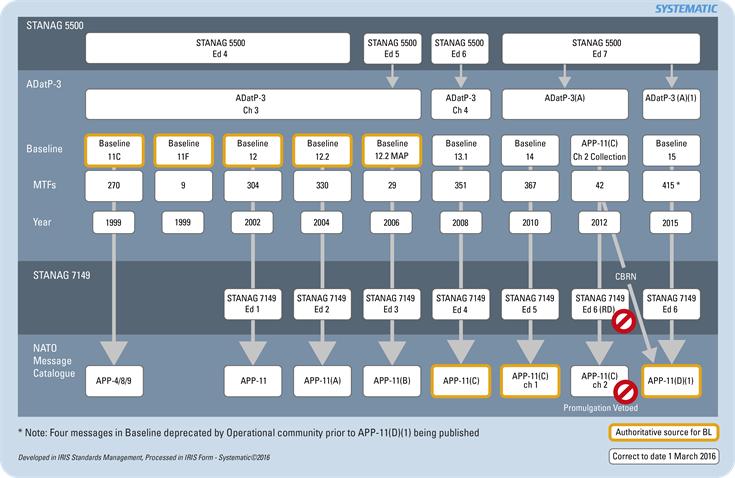 It is anticipated that many nations will move to APP-11(D)(1) and it is likely to become the underlying standard for many NATO systems.

NATO plan to publish a new version of APP-11(D) in early 2017 and 2018; these will include new operational requirements that are required before the next edition in 2019.

Supported by IRIS FORMS 5.1 and later.

Supported by IRIS FORMS 4.0 and later.

Supported by IRIS Forms 3.0 and later.

Supported by IRIS MFS and IRIS FORMS 1.0 and later.

BASELINE 12.2 – released 2004
Baseline 12.2 contained 346 MTFs, of which 16 are classified. The future version was not included in this baseline since no changes were made in the future MTFs since Baseline 12.

Systematic are aware that messages from this Baseline are quite widely implemented.

BASELINE 12 – released 2002
Baseline 12 contained 342 MTFs, of which 28 are classified and 11 are contained in the future version. Systematic are not aware of any systems still using this baseline.

BASELINE 11 – released 1999
Baseline 11 contained 324 MTFs. This was the first baseline that was produced in both a classified and an unclassified version. The unclassified version contains 275 MTFs. Baseline 11 was also the first baseline that was produced both in a current version, which contains the messages for immediate operational use, and a “future” version, which contains 10 MTFs that were meant for implementation trials in the NATO ACCS system. A number of the Baseline 11 Current and Future messages are still being used in operational Air C2 systems.

BASELINE 10.0.1 – released 1997
Baseline 10.0.1 contained 226 MTFs. The entire baseline was classified; although only a minor part (10) were actually classified. Systematic is not aware of any systems still using this baseline.

Latest News
AcceptWe use cookies to improve the usability of our website and to measure traffic. By visiting systematic.com, you accept our use of cookiesMore info