Enhanced force protection, quick distribution of orders and messages, faster coordination and shared situational awareness. These are just some of the benefits of adding effectice data transfer to the tactical communications of Battle Management System (BMS). However, data transfer over tactical radios is typically characterised by low bandwidth and intermittent connectivity and traditional communications software has often been too complex and too inefficient for realistic operational use.

SitaWare Tactical Communication makes data communication over tactical data radios simple and very efficient. It automatically manages all the complexities of data compression, bandwidth management, synchronization, connectivity and routing. It compresses data so hard, that it allows tactical data to be transferred on almost any tactical radio.

SitaWare Tactical Communication is a modern communications software that makes data transfer over tactical radios extremely simple and highly efficient. It automatically manages all the complexities of data compression, bandwidth management, synchronization, connectivity and routing. This allows commanders at the tactical edge to effortlessly share vital battle information with their community of interest.

Part of Every SitaWare Product

SitaWare Tactical Communication is integrated into all SitaWare command and control information systems (C2IS) products. It is the communications backbone that allows tactical data to be shared from the individual soldier and commander all the way up to brigade headquarters and beyond. 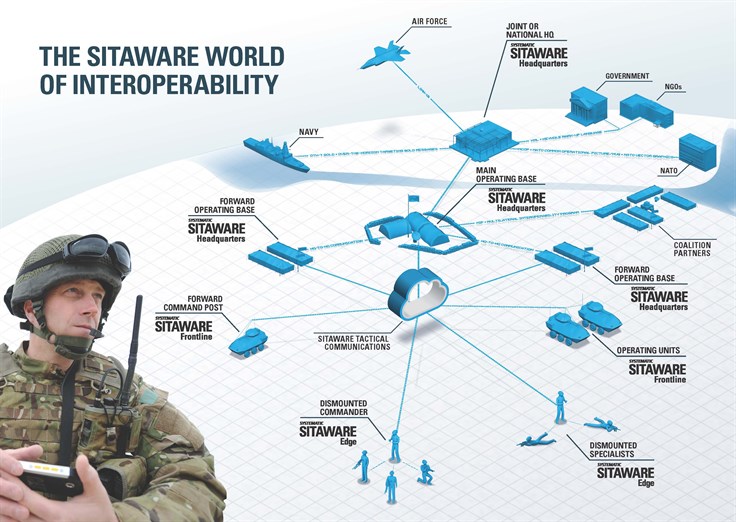