Victory in today’s battlefield is partly dependent on the ability to outmanoeuvre your opponent by providing and receiving information faster and with higher precision than he is, thus providing a solid basis for making the right decision at the right time. 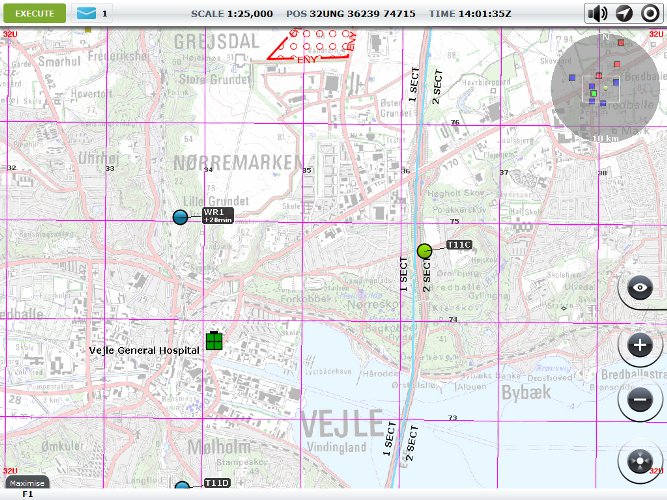 Friendly Force Tracking (also known as Blue Force Tracking) is a central part of SitaWare Frontline. The friendly force tracking picture is available automatically to all members of the radio network across subnets and the wide distribution is performed by SitaWare Tactical Communication.

The commander can use the tactical reporting tool in SitaWare Frontline. Observations can be reported and shared between own units and headquarters. All reports are automatically shared into the situational picture and thus visible to other units within the tactical radio network across subnets.

In SitaWare Frontline it is possible to report both MIL-STD-2525C single point land unit, equipment, installation and air units symbols as well as various shapes e.g. indicating areas from where you are fired upon. 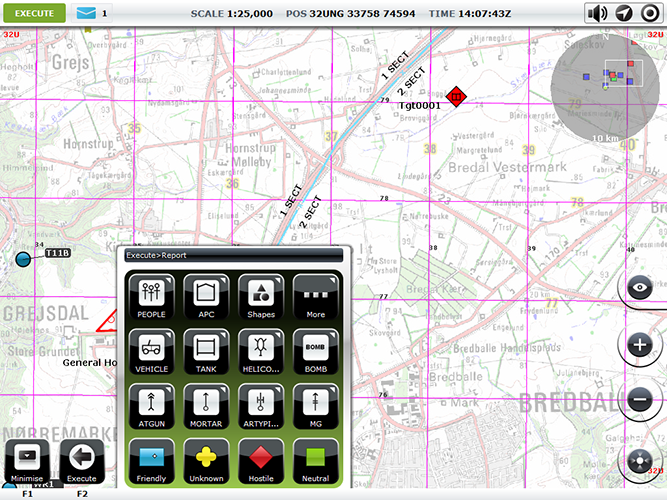 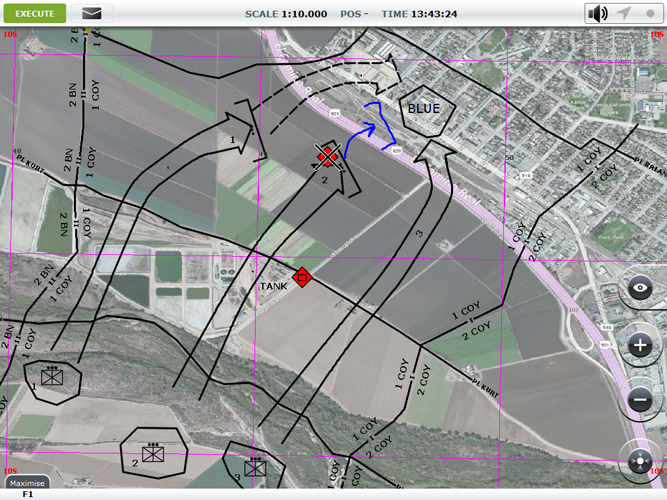 Any plan will normally only hold until the first encounter with the enemy. Therefore it is important that a commander can issue adjustments to his original order in the shape of fragmentary orders or simply by changing current orders.

By using the command layer capability in SitaWare Frontline, the commander can easily make changes to his existing order and distribute these to both subordinates and superiors. This way the commander can save valuable voice time commanding his troops on the fly now that everyone visually has exactly the same basis. The recipients can be manually selected from the contact list and once selected SitaWare Frontline automatically remembers these for later distributions so you don´t need to reselect the recipients every time the commander sends a new command layer.

In SitaWare Frontline it is possible to both prepare and receive orders. These can be both textual orders with numerous tactical overlays or simple overlay orders.

SitaWare Frontline holds sketching capabilities that are easy-to-use drawing tools that can be used for creating overlays. The commander can choose either to use predefined generic shapes such as circles, lines, arrows and free hand or he can choose to use the commonly used MMIL-STD-2525B tactical graphics such as boundary lines, axes of advance, phase lines, battle positions and emplacements.

The commander may also draw directly on the screen with his finger or stylus. It is also possible to enter text directly on the overlays by using text boxes as he can style the objects drawn on map both during his preparation and at any other point in his preparation process. When the order is complete, the commander can then distribute his overlay order to his subordinate units and/or to superior command by sending them as geo-referenced message attachments. Overlay orders prepared in SitaWare Frontline can also be shown in SitaWare Headquarters and vice versa. 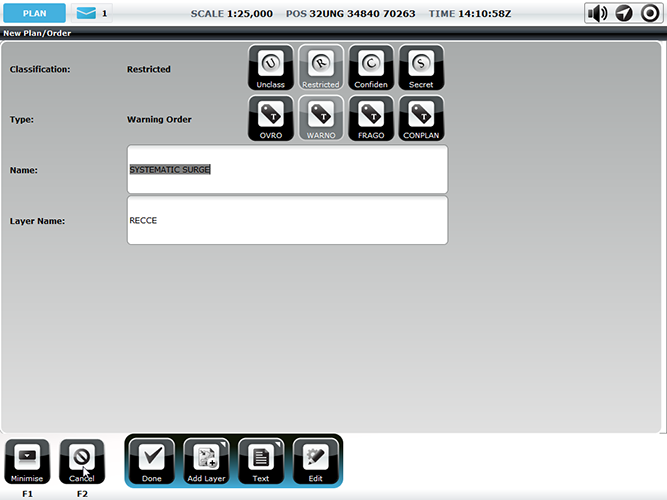 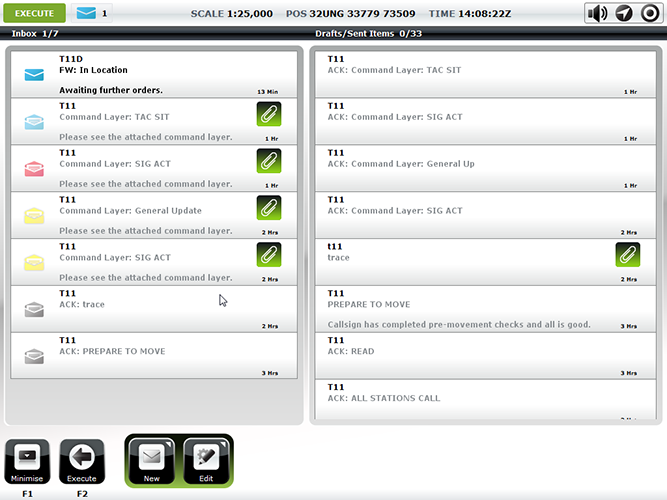 The SitaWare Tactical Communication contains automatic routing functionality meaning that messages will be routed across radio subnets automatically without interaction from the user regardless of which mission the commander is part. Text messages and binary attachments such as orders can be sent and received to/from other units in the tactical radio network using SitaWare Frontline’s tactical messaging.

Fully integrated in the SitaWare C4I solution, the Holdings feature gives you automatically distributed bottom-up reporting; soldiers and commanders can report holdings directly in SitaWare Frontline to their superiors, who will have an instant and aggregated overview of their unit’s logistic status in SitaWare Headquarters.

This makes resupply of the right consumables easier and reorganization more timely. Recipients can view the holdings report in either either SitaWare Frontline or SitaWare Headquarters. 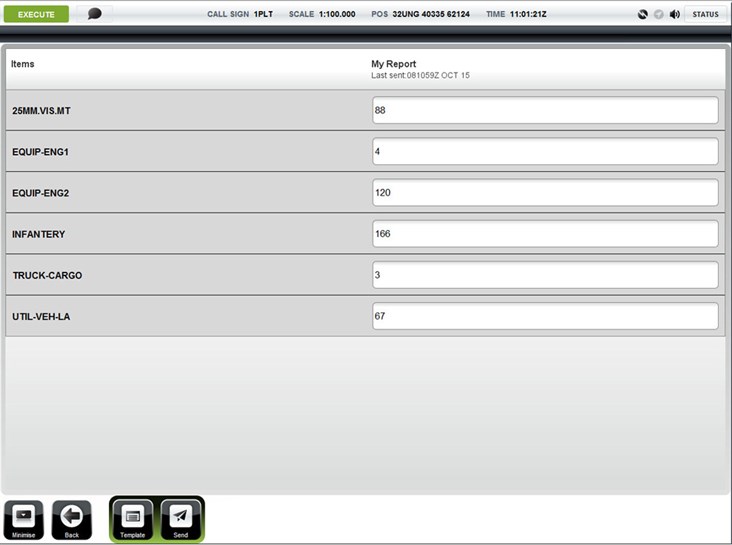 SitaWare Frontline holds mounted/dismounted capabilities. This means that the commander has exactly the same capabilities available when outside his vehicle as when he is mounted in his vehicle. A dismounted installation allows the operator to mount and dismount vehicles in the application so that his location is accurately known by other participants. The dismounted installation also allows for easy deployment of SitaWare Frontline on portable devices. This means that the commander through his FFT can show both his superiors and his subordinates whether he is mounted in a specific vehicle or whether he is dismounted. This is done by choosing his state of presence in SitaWare Frontline.